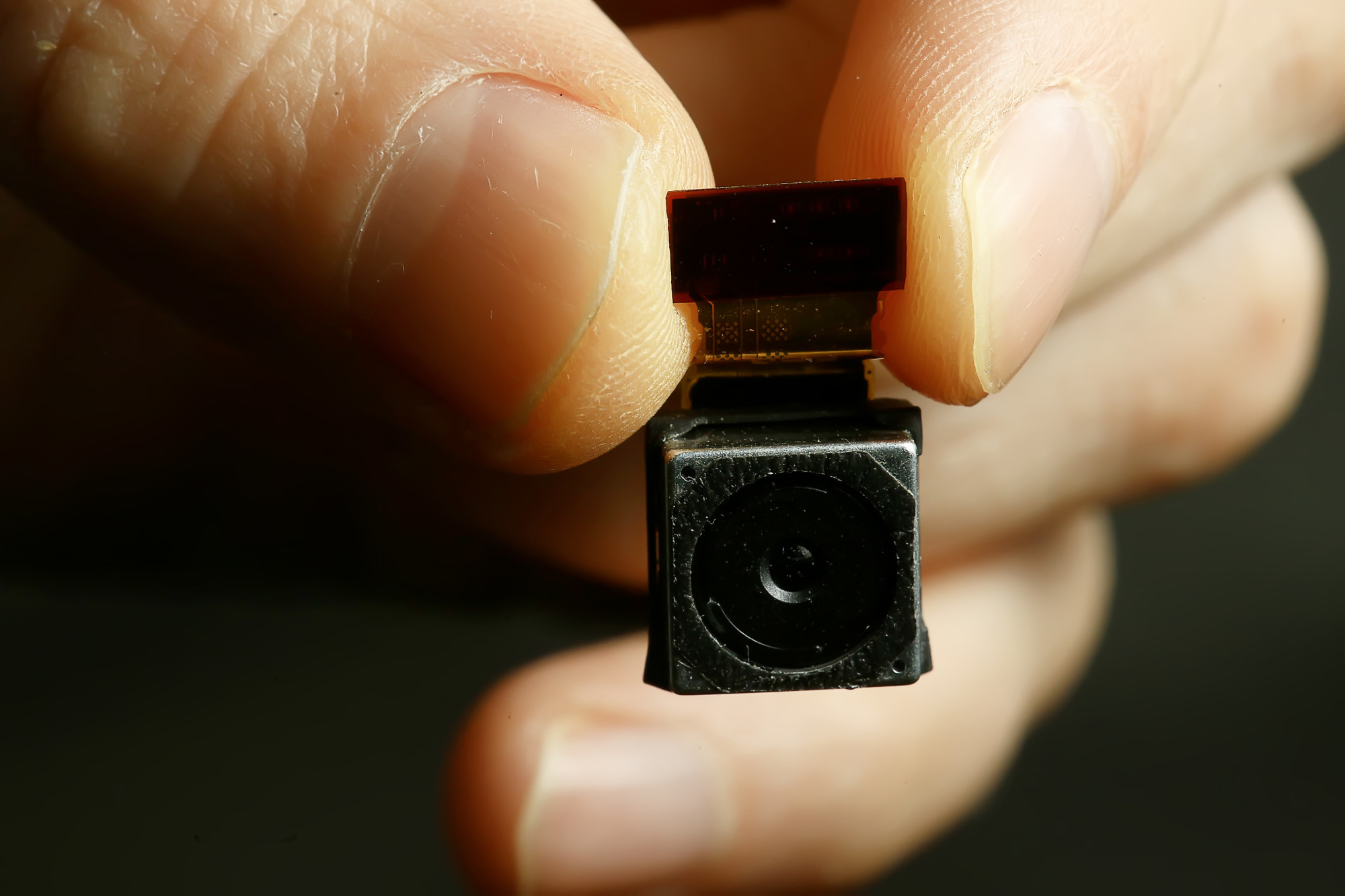 When people start talking about hidden cameras, it’s easy to dismiss the idea as paranoia. In real-life applications, however, the use of hidden cameras is actually very common. According to a survey, 1 in every 10 Airbnb guests has found hidden cameras in their rentals.

That survey only counts those who found cameras, but it’s likely the use of cameras is much higher. While you might be fine with a certain level of surveillance on the property, are you fine with a hidden camera watching you anywhere?

A hidden camera detector is a great tool for locating these surveillance cameras when they’re placed in less desirable locations. In the same survey, Airbnb guests reported that they’d be fine with cameras in common areas, but what if they’re in a bathroom or a bedroom?

With technology as advanced as it is, hidden cameras and many other surveillance devices are virtually undetectable with the naked eye and superficial searching techniques. Full audiovisual units can be hidden in places like behind outlets and sockets and inside otherwise innocuous-looking objects. If you do see a hidden camera head-on, it would look like a black pin-head.

It’s hard to believe, but a camera or microphone as small as a pin is enough to capture an entire room’s worth of data easily. That’s why having both the knowledge of hidden cameras and the devices that make detecting them easy are essential to protecting your privacy.

Where Are Hidden Cameras Commonly Used?

As we discussed, hidden cameras are very common in Airbnb rentals. Airbnb requires that hosts who use surveillance of any kind must disclose this practice on their listing. Unfortunately, this is not always the case and it’s hard to prove otherwise.

This surveillance practice is not only used in Airbnbs. Many owners of short-term rental properties of any kind use surveillance to ensure the protection of themselves and their property. Even hotel rooms possibly have hidden cameras.

This is not to insinuate that those who use surveillance are doing so for nefarious reasons, but it is common to use hidden cameras for other purposes than safety. Hidden cameras can especially be used to record guests while they are vulnerable, such as changing into a new outfit.

In general, you should be suspicious of areas where you are engaged in more private and vulnerable behavior. Because of this, bedrooms, bathrooms, and changing rooms are all popular places for hidden cameras.

It’s also common to have hidden cameras in areas where you handle secure information, like the kind that can be found on documents and computer screens. Check areas where cameras could record private information, such as desks and workspaces.

It is not always the work of the owner, but other guests who would like to take advantage of future guests. Regardless of who sets up the cameras, you can protect yourself with a hidden camera detector.

How Does a Hidden Camera Detector Work?

It is possible for other devices in the area to be operating on the same frequencies. That’s why it’s important to investigate each source of the signal. More advanced devices can help you distinguish cameras from other devices easily.

The best hidden camera detector can not only find a hidden camera but can also display the video feed and play the audio that is being sent through that hidden camera. With an LCD screen, you can view and listen to exactly what the hidden camera is sending to the operator.

With a tool like that, it will be easier than ever to find exactly where the hidden camera is and what it has been able to record. Similar devices can also detect and jam GPS signals and cell phones.

There are some other options on the market for camera detection that are much less advanced. There are handheld devices that rely on shooting an infrared beam of light that reflects off of lenses.

This light isn’t visible to the naked eye but reacts well to hidden lenses. You’ll have to then rely on your ability to move around the room and detect when a flash of light indicates a camera.

In general, mobile apps for detecting cameras will require more effort and might not be as accessible to those with more basic phones.

How To Check for Hidden Cameras

As soon as you enter a space where it is important that you are confident in your privacy and safety, you should check for hidden cameras. These cameras are very hard to find because they can be extremely tiny and well-hidden. How are the cameras are to find will depend on the experience of the person who set up the camera.

You’ll have a varying degree of success with these different methods depending on the technology at your disposal, your personal experience, and your attention to detail.

If you are without a hidden camera detector, you have to rely on your own senses and gut feelings with a physical search. Your senses and gut are even less reliable if you are in an unfamiliar space. For example, it’s easier to notice when something has been moved or changed in your own home than it is to notice a change in a new hotel room.

For example, if you cannot rightfully open up smoke detectors, take apart walls, and dismantle frames, then you can’t be sure you’ve fully searched the area.

If the physical search is the only option you have, it is better than nothing. The best way to begin a physical search is to logically think about the best spots for hidden cameras. The camera will have to be mounted in a place where it has a good view of the space, targeting areas of interest.

Scan the room for objects that seem out of place and would be good candidates for hosting a covert device. Especially do this in areas like the bathroom, bedrooms, offices, and other areas that generally warrant privacy.

Sometimes, a hidden camera can be given away by room service if they keep putting an object you moved back into a certain awkward spot that it was when you entered. Also, if you know a property has motion detectors, you should check their placement. There are often combination motion detector hidden cameras that owners may use.

Pairing a superficial physical search with more advanced techniques can bring about much better results. Some people choose to use a lens detection device, which shoots an infrared beam out to try to reflect off of camera lenses. Unfortunately, while this technique can be effective for experts, many people will find it difficult.

Lens detection depends on the laws of light, which means that you won’t see any reflections without being in the right place at the right time. If you sweep over the room fast or even just angle your device incorrectly, you could miss every camera. The light reflection might not work if you are standing too far from the lens as well.

You’ll need to go over the room very slowly and be very thorough with trying every angle. Sometimes, you might even miss the reflection if there are other light sources lighting up the lens. The best technique is to get the room as dark as possible, but you’ll have to make sure you can still see enough to thoroughly check everywhere.

If you’re desperate to check for hidden cameras but do not have any advanced devices in reach, there are a few DIY ways to create a detector. These techniques are far from foolproof and will not work in all situations, much like physical detection.

If you have your cell phone with a camera, you can turn off all the lights and turn on your phone camera. Sometimes, if you scan the room, you’ll be able to spot red dots on your phone screen. If those red lights aren’t visible to the naked eye, it could mean that the light is infrared light.

Infrared light is used by night-vision cameras to record videos without lighting up the room. If you spot a red light on your phone, go and investigate the area that the light is coming from.

While scanning, if you see any red lights that shine through the red cellophane, it means the red light from your flashlight is shining off of a camera lens. Go and inspect the area to see if there is a camera there.

Finally, you can try to find hidden cameras by scanning radio frequencies. These devices are most helpful for cameras that are actively transmitting data to an operator. Your device will be able to pick up on cameras only if they are using a frequency band to send data.

Unfortunately, this means that most devices will not be able to detect cameras if they are store-and-retrieve devices that hold data on SD cards. If these devices only send data at certain times, you also might not get lucky enough to catch them.

In order to effectively use a radio frequency scanner, you’ll want to disconnect everything that uses radio frequencies to the best of your ability. This will help narrow in on devices that you’re unaware of and stop your known devices from covering up unknown frequencies. You should shut down all your devices, like laptops and phones, unplug TVs and Wi-Fi routers, and everything else that broadcasts and uses data.

The best hidden spy camera detector device will have multiple ways of discovery, but no one device can deliver everything. To be extremely thorough and ensure privacy, you’ll want to combine different searching techniques.

If you’re concerned for your privacy and safety, a hidden camera detector can be your guard everywhere you go. Using an advanced hidden camera device rather than your own gut and limited searching capabilities will increase your confidence and security.